The Battenfelds have been family farmers in this country for more than one hundred years. The tradition goes back to a determined patriarch, Conrad Battenfeld, who came to America from Germany with his wife Elizabeth in the 1880's.

In addition to the local markets, proximity to the Hudson River and its many sloops and steamboats provided access to markets downriver in New York City.

Like most American farms of that time, Battenfeld raised fruit, vegetables, livestock, and a family. Eventually the Battenfeld farm's cash crop was its fruit trees.

Meanwhile, Conrad's sons, Frank and Fred, decided to focus on raising violets, which were extremely popular at the time. For years, violets were the most popular flower in America.

Most of the world's violets came from the violet belt in the mid Hudson Valley. Rhinebeck was the buckle on the belt!

Frank & Fred Battenfeld did very well in violets. Eventually, Frank left the partnership to invest his earnings in a grocery business, leaving Fred to expand the farm that would remain in the family.

Following the Second World War, America's great affection for violets had faded almost as suddenly as it had originally swelled. The violet bloom boom was over. One after another, the Valley's many violet growers closed down. For nearly all of them, it was the sad end of an era.

For the Battenfelds, it was the beginning of another. Fred's son, Dick, decided to pursue raising Anemones with the same determination that led his father to raise violets.

Four decades later, Dick Battenfeld is still raising hybrid anemones, and his son, Fred, represents the fourth generation of the family now presiding over the farm.

Over the past forty years, Battenfeld's has blossomed into the world's premier developer and harvester of hybrid anemones, which are carefully selected, hand-picked, and shipped fresh-cut direct from the farm in wholesale and retail quantities.

Over 100 Years of History in the Hudson Valley 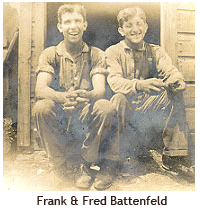 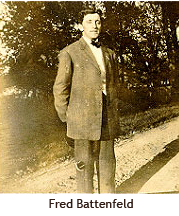 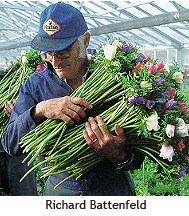 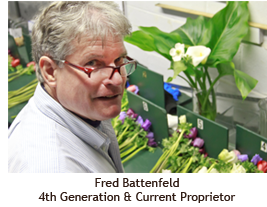 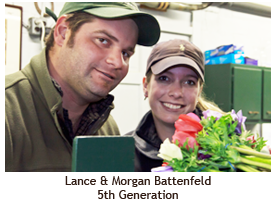